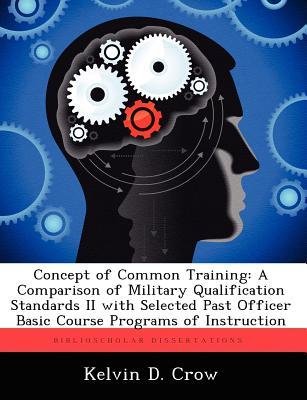 This pilot study analyzed eight programs of instruction (POI) and five common cores for past officer basic courses (OBC) and compared them to the 1988 Military Qualification Standards II (MQS) revision. The purpose of the study was to assess the applicability of past POIs to current training design. Infantry and Transportation branches were studied. POIs for the pre-war and mid-war years from World War II, Korea, and Vietnam were collected and an instrument devised to systematize their contents. The results were analyzed for common and critical tasks for peace, war and mobilization.

Data as to course length, intent and prerequisites were also collected. The study found that the training record is being destroyed but what remains is applicable to modern training design. OBC has historically been allocated major resources and common cores were found for all periods. Mobilization critical tasks were discovered, but combat and peacetime critical tasks were not.

Thirteen universal training tasks were identified. The study concludes that the current MQS list is adequate but some items should be considered for inclusion or elimination. Further study is indicated into other branches, the common cores, and training given in the combat theater.

Changes to the Concept Based Requirements System are recommended.

Comments
Comments for "Concept of Common Training: A Comparison of Military Qualification Standards II with Selected Past Officer Basic Course Programs of Instruction":